from The King's Lute by Cat Faber 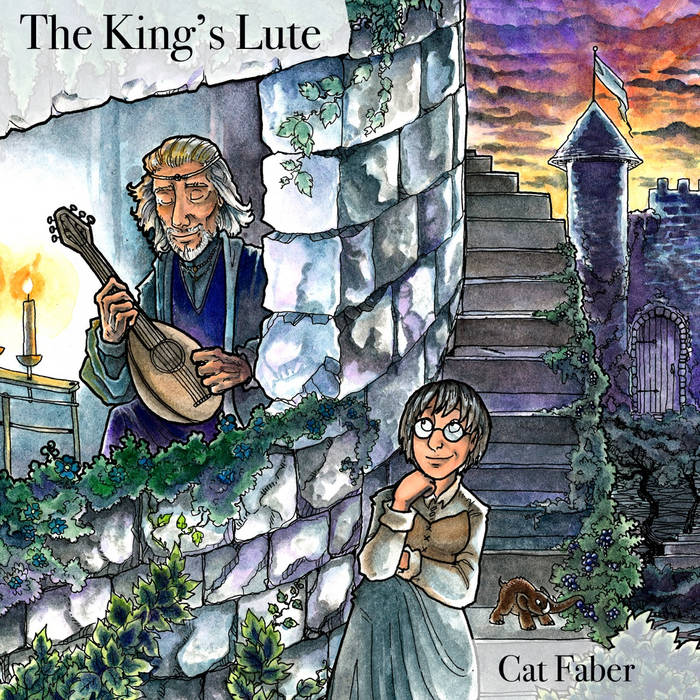 I fell in love with one of Peter Alway's tunes (When The King Is Alone) and asked him if I could write a song to it. He agreed. I modified the tune very slightly to make it easier to sing.

Oh the King possessed a lute; it sat gleaming by day
And the timbre of its voice, there's no courtier could say
But it murmured from the windows where candlelight shone
Of joy, and of sorrow, when the King was alone.

Under his window I'd sit on the stair
My chin in my hand, and the rain in my hair
My shirt growing damper, but what did I care?
With my heart warmed by music, when the King was alone

To the servants he was kind, but reserved, and august,
To the court, though he was fair, there were few he could trust
For his lady wife was dead, and his children were grown,
And the lute still remembered, when the King was alone.

I was weeding in the garden, in spring morning light
With a music in my throat I had heard in the night.
Gleaming boots paused once beside me, on a path of white stone;
As I knelt in the cabbages, the King walked alone.

The people heard his will, when his time came to die.
When my name was read, was no one more startled than I.
Into cold and shaking hands, was a legacy thrown--
The lute that had spoken when the King was alone.

I write music about science fiction and fantasy subjects, commonly referred to as "filk."

I write much faster than I can record. Recent songs may be found at my website--the URL is given below.

Bandcamp Daily  your guide to the world of Bandcamp

Exhumed and Gruesome's Matt Harvey checks in, with jams from Cannibal Corpse, Midnight and more